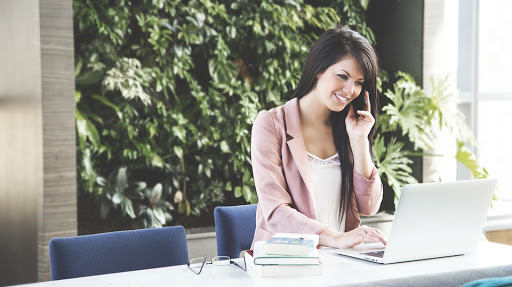 Omega Venture Partners’ recent investments in ZenBusiness and Otter.ai reflect our belief that Intelligent Software—Software fueled by data and powered by AI—has a compelling value proposition for SMBs.  Public names such as Shopify and Zendesk have proven that it’s possible to create $10B+ companies with an SMB-oriented go-to-market approach.  Secular trends propelling Intelligent Software—including the digitization of workflows, automation of business processes, and the ability to turn data into actionable insights—make it more likely that we will see an increasing number of category-defining companies in the space.

Over the past 15 or so years, we have seen waves of multi-billion-dollar companies that offer cloud-based (SaaS) solutions, starting with the likes of Salesforce, the first SaaS company to go public back in 2004. However, what we are witnessing recently is a wave of Intelligent Software companies focused on the SMB segment, organizations with 1–1,000 FTEs, which collectively represents over 99% of the businesses in the US. SMB-focused SaaS companies have seen explosive growth and adoption rates above the broader software market. Companies such as Square, Wix, Stripe, and Shopify are offering SMB-specific solutions, either in the form of platform products, point solutions, or APIs, with the goal of providing small business owners the tools to build and scale their respective businesses more powerfully than ever before. SMB-focused software is not new by any means, but the COVID pandemic has been a forcing function that has accelerated the digitization of these businesses, creating tremendous growth opportunities for this category of software. The market has noticed and as a result, we have seen traditionally SMB-focused public stocks rise at a rate significantly faster than major indices, as shown below.

In the SMB segment, it is more likely than not that the buyer of the product is also the user. This results in a customer process that’s more simplified, with less friction and complexity than at traditional enterprises. As a result, SMB-focused Software vendors benefit from more rapid product feedback and can iterate faster to better understand who’s using the product and why. Additionally, the sales cycle is significantly shorter compared with traditional enterprises.

While the pandemic has accelerated the market potential of SMB software, the performance / penetration of the segment has been a long time in the making, influenced by a multitude of factors outside of COVID. These drivers can be broken down into two components — the evolution of the demand for SMB SaaS, and innovations enabling the software providers themselves.

In the past few years, we’ve seen a rise in the number of new business applications filed with the IRS, showing favorable trends within the entrepreneurial community. Part of this can be attributed to near-zero interest rates, an increase in personal income thanks to the CARES Act, and the increasing digitization of services and platforms that decrease the barriers to start a business.

The other part can be attributed to the emergence of new types of businesses / paths to generating steady income — traditional SMBs, which make up almost 31 million US businesses, the freelance community, a segment benefitting from the ever-growing gig-economy and representing over 57 million people, or solopreneurs, an emerging category that’s becoming more popular/possible given the abundance of resources for one-person businesses and a growing attitude that it’s easier to go at it alone. Regardless of the type of entrepreneur / business, these represent favorable tailwinds to propel the next set of SMB disruptors.

We are seeing a surge in software adoption by small and medium-sized businesses across a variety of industries, where organizations are realizing the benefits of digitizing operations using cloud-based software for company formation, billing, HR and more. The pandemic has catalyzed these businesses to realize digitization is an existential priority, not just a potential competitive advantage.

The average small business uses 100 SaaS products across its organization, a number that has increased more than 10x since 2015. Additionally, adoption is increasing throughout different departments and business functions — in 2010, almost 90% of SaaS usage was from engineering teams; today, that number is less than 20%, with marketing, sales, product, and others making up the remaining 80%+. SMBs are realizing the importance of leveraging these tools to build a sustainable competitive business, regardless of the circumstances.

Over the past few years, there has been a shift to a new generation of SaaS products — ones with new models of distribution, economics, and consumption. These new models ease SMB adoption, and have enabled SaaS companies to begin thinking of SMB’s as a core part of their go-to-market strategy as well as a large, under-served market. As barriers to sell have decreased significantly due to lower upfront costs and stronger distribution channels, we have seen a wave of software companies either start out in, or solely focus on, the SMB segment — a historical red flag to investors if not for a few key trends:

One of the biggest deterrents for software companies selling to SMBs was the inability to generate viable unit economics given lower average selling prices and higher churn. This has been mitigated in recent years.  First, scalable acquisition models have emerged as platforms such as Facebook, Twitter, and LinkedIn created more efficient and cheaper ways to acquire SMB customers as well provided users the ability to promote the product, creating the potential for viral customer acquisition. For a target customer base that is inherently fragmented, being able to reach potential customers in a flexible, simple, and cost-effective manner has been a game-changer. The second mitigant has to do with the growing popularity of “freemium” pricing models. While freemium is primarily a customer acquisition strategy rather than a sustainable pricing structure, it significantly increases product reach by decreasing friction and barriers to adoption. If the product provides meaningful ROI and has a natural path to upsell, the unit economics have the potential to work out favorably.

A good example of this is Otter.ai. The voice intelligence collaboration platform allows users to easily download the product for free but provides them with only 600 minutes of total transcription time and 40 minutes per session—not dissimilar to Zoom’s free offering. To unlock additional minutes or collaborate with other users, you must upgrade to the paid or business plan, which is almost necessary once multiple members of the same team or group begin using the product. Additionally, by transcribing a meeting and subsequently sending around notes to the respective participants, you are increasing virality and decreasing customer acquisition costs through organic growth.

As mentioned in one of our previous posts, the rise of the API economy is one of the more exciting recent trends in technology as it’s changing how companies build, distribute, and use software. Simply put, API-first products allow end-users to focus on the primary components of their businesses and plug-in best-in-class features/solutions via simple APIs. For SMBs that are resource-scarce / cash-constrained, this is a game-changer as it expands their capabilities by just implementing a few lines of code, allowing them to scale and operationalize with less effort and lower cost.

As mentioned in our prior post, Intelligent Software in the Era of Product-Led Growth, there has been a shift in the way companies buy software, moving from the centralized procurement to bottom-up adoption at the user and workgroup level.

In short, the adoption model has shifted from one where the whole enterprise is buying into a given solution (usually via centralized decision making), to a paradigm where individuals or a teams inside an organization can make independent, decentralized decisions to try a Software solution and adopt it.

Democratizing access to high-value, easy to use software plays right into SMB preferences and eliminates many of the barriers that this segment historically faced when seeking to adopt such solutions.

SMBs have historically represented a market segment that has been underserved by Software companies for a variety of reasons, as discussed above. This is no longer the case and that is a direct result of both the growing sophistication of SMBs themselves, as well the continued innovation in how Software is distributed, priced, and new intelligent capabilities that drive unprecedented value. We are at a unique point in time where new category-defining Intelligent Software companies will be created that either start out serving, or solely serve, 1–1000 person SMB clients.  We are pleased to already have partnered with two of the foremost innovators in this category, in ZenBusiness and Otter.

The prior version of this post can be found here.