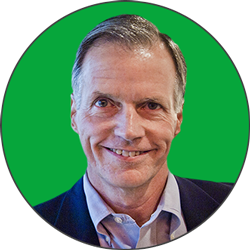 Tom previously co-founded three software companies and has consulted for some of the world’s largest technology companies. Tom has been at the forefront of MIT’s Artificial Intelligence in Business programs, focused on how Intelligent Software applications drive businesses impact. As the Patrick J. McGovern Professor of Management at the MIT Sloan School of Management, Tom was the founding director of the MIT Center for Collective Intelligence and one of the two founding co-directors of the MIT Initiative on “Inventing the Organizations of the 21st Century.”

Tom is the author of critically acclaimed books, The Future of Work and Superminds. Tom holds a Ph.D. from Stanford University, an honorary doctorate from the University of Zurich, and degrees in applied mathematics, engineering, and psychology from Rice University.